For football punters who want to try something a little different, bookmakers offer numerous alternatives to the main Match Winners market. Some of the most interesting markets that have sprung up in recent years are based around the total number of goals scored during a match.

What is Total Goals Betting? 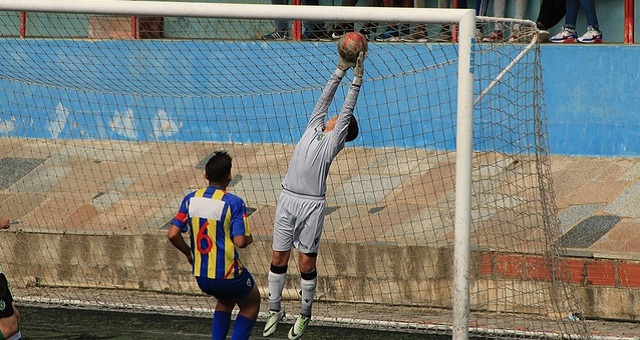 As the name indicates, total goals betting is based around the number of goals scored during a match. As football is a comparatively low scoring game, the number of goals scored often does not reflect the balance of play, so total goals punters have to adopt a patient approach and accept a degree of volatility of outcome, aiming for profits in the long term. While there are several total goals options, the most popular are the Over/Under markets.

The Over/Under markets offer punters the choice of betting on football whether the total goals in a match will be higher or lower than a pre-determined figure. The most popular Over/Under market is based around 2.5 goals, since this is roughly the average number of goals in a league game. The use of a half-goal figure also ensures that there will be a definite result in this market, as it is impossible for any match to feature exactly 2.5 goals!

You may occasionally find some Over/Under markets that do quote margins in whole numbers, such as 1, 2, or 3. Let’s say you back Over 2 goals in a game but it finishes 1-1. In this eventuality, all bets in the market would be refunded.

Although 2.5 goals is the most common Over/Under market, most bookmakers will offer a variety of other options, ranging from Over/Under 0.5 goals all the way up to Over/Under 5.5 goals.

While the Over/Under 2.5 goals is the basic starting point, many football punters find that their analysis of a particular game may lead them to find value in some of the less obvious Over/Under markets, and it is always worth checking out these odds.

Beyond the Over/Under options, there are a number of alternative total goals betting markets. You could, for instance, bet on the precise number of goals scored in a game, or if you are confident that you have a handle on a certain team’s goal scoring abilities, you can bet on Total Goals Per Team, either in the Over/Under format or the final number of goals.

There is also the option of betting on Total Goals scored in each half, though this is a particularly tricky market to bet in, as it is even harder to predict the number of goals scored in half a match than a whole game. Finally, for those looking for bigger odds, it is possible to bet on Total Goals Brackets with many bookmakers. This offers the chance to bet on whether the total number of goals will be within a certain range. For example, if you bet on the 2-3 bracket, your bet would be a winner if the game produced two or three goals.

There is no overall strategy for betting on total goals, but there are a number of ways in which you can tilt the odds in your favour. One of the simplest is to focus on games that you think will be high scoring or low scoring affairs because the two teams have consistent and predictable goal scoring and goal conceding records.

Another approach is to look for games that you expect to be one-sided. In such fixtures, the favourite may be a very short price in the Match Winners market, but if you are confident they will be able to exert their superiority on the field, they may represent a good bet in the Over 2.5 goals or even the Over 3.5 goals market.

Punters who want to bet on total goals markets should also bear in mind the key factors that have the biggest influence on the final number of goals in a match:

• Head-to-head records. Have previous matches between these teams produced an unusually high or low number of goals?

• Recent form. How many goals have the two teams been scoring and conceding in recent weeks, bearing in mind both their home and away records?

• Relevance of the match. Sometimes if a game is less important than average, perhaps because a team has a more important fixture coming up or can’t progress to the next round of a competition, they will field a changed team. This can have a significant effect on their style of play, and their tendency to score and concede goals.

• Weather. It’s an often overlooked factor, but wet weather usually has the effect of slowing down play and hence making it harder to score goals.

Football punters who bet regularly in the Total Goals markets will develop their own rules about what kind of match to bet in or to steer clear of, but if you’re starting off in this area of betting, there are some rules of thumb that can save you a few wasted bets.

Games between two closely matched teams can be tricky. For example, two teams involved in a close title race may decided to play in an attacking style to make a statement by beating a key rival, or they may take the opposite view and focus on avoiding defeat. Unless you know for sure how a team will approach a game, steer clear of this kind of fixture.

The other types of games to avoid are those where one team doesn’t need to go all out for the win. Perhaps they are 4-0 up from the first leg, or perhaps they will be happy with the draw, but whenever you have one side trying harder to win than the other, any analysis based on the previous records of the two teams is likely to be rendered irrelevant.

One of the quirkier total goals markets is the Odds/Evens option. In this case, punters have to predict whether the final total of goals will be odd or even. You might think that this is a random outcome, so there would be no point coming up with an odd/even goals betting strategy. But it is possible to find an angle, providing you are good with maths.

Successful punters betting in this market will generally have crunched the numbers to calculate the probability of all the different final score outcomes.

How to do this would take another article to explore, but once the probabilities have been calculated, it is then simply a matter of adding up the probabilities of those scores involving an odd or even number of goals and comparing the final figure to the available prices.

For example, you may have calculated that the total probability of the match finishing with an even number of goals (0-0, 1-1, 2-2, 3-1, 4-2 and so on) is 60 percent. If a bookmaker is offering 10/11 on Evens in this market, that price equates to 52 percent probability, meaning you may well have found a value bet. As you can see, betting in the Odds/Evens depends on getting your sums right and being confident in your calculations.

Betting on the total number of goals in a game offers a surprising variety of options for the punter who wants to move away from the traditional Match Winners market. By studying the goal scoring records of the teams involved in a match, bearing in mind the key factors that can affect goal scoring rates, and remaining patient, it is possible to profit from total goals betting.

8
Code: NOT APPLICABLE Bet £10 Get £30
Register and place £10 or more on your first Sports bet at odds of Evens (2.0) or greater, and get £30 in Free Bets credited to your account within 10 hours of your first bet being settled.

9
Code: NOT APPLICABLE Money Back As a Free Bet
18+ begambleaware.org. New customers only. Min deposit £10. Money back as bonus if first sports bet loses. Wagering requirements: sportsbook 3x at min. odds of 1.40 (2/5), casino 50x. Unless forfeited the sportsbook bonus must be wagered before using the casino bonus. Bonus expires 7 days after opt-in. Visit Unibet.co.uk for full T&C's