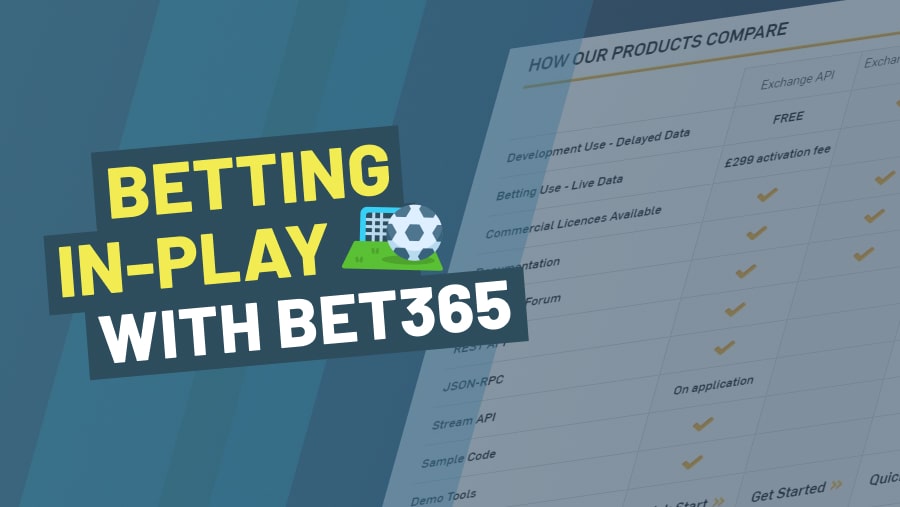 With about 20 million users in nearly 200 countries, bet365 has unquestionably established itself as one of the world’s most popular online bookies. Bet365 features more markets and a better live betting interface than many others. In addition, the straightforward design and ease of placing In-Play bets make it hassle-free – even while betting on your mobile.

Bet365 offers stunning live streaming choices for a wide range of sports and competitions, including football, netball, horse racing, volleyball, darts, cricket, baseball, ice hockey, basketball, and more, to add to the In-Play excitement. You’ll be able to witness the action from Serie A in Italy, Ligue 1 in France, La Liga in Spain, Bundesliga in Germany, Tennis Grand Slam Tournaments, and every horse in the United Kingdom and Ireland. To utilise the Live Streaming feature, you must be logged in and have a funded account or have placed a bet within the last 24 hours.

Page Contents hide
I How do Bet365 track live games?
II What is rball?
III Why do Bet365 markets get suspended on in-play betting?
IV Why do some Bet365 in-play matches not have many markets available?

How do Bet365 track live games?

Bet365 uses Stats Perform, a firm that provides a real-time Fast Player Statistics Feed powered by Opta, the world’s premier provider of live, detailed sports statistics. Operators can now automate pricing, live trading, and quick settlement of individual and team prop markets thanks to the feed, which transmits high-frequency in-play statistics like shots, passes, and tackles to them.

The feed means player and team stats can now be incorporated at scale into bet-builders and request-a-bets for the world’s biggest football competitions. Detailed statistics are also updated when events occur among the operators’ clients. Collecting and preparing this complex data for betting purposes takes a lot of time and effort.

It’s the small in-play stats thing that shows you how many attacks, dangerous attacks, shots, possession, corners, and where the ball is on the pitch on every betting website these days. By now, it’s become a standard feature on most betting sites, with some doing it far better than others.

We hear you asking, “How is the information gathered?” A corporation hires scouts to sit in on these games and keep track of the stats in real-time. Yes, some people sit at these games with a PDA that displays the ball’s location and when a shot is made. One thing you never consider when you’re relying on statistics is that you have no idea how much faith to place in them.

When is an attack considered risky on the pitch? Is it a shot on target if someone has a clean shot on goal, but a defender does a fantastic diving header and blocks it mid-flight? The difficulty is that everything is subjective, and you’re basing your decisions on the subjectiveness of the players in the game.

We can tell you that the vetting and training processes are intense; I should know I have done it! The scouts watch training videos for hours and have assessments before taking on a live match. Their performance is also monitored regularly to ensure they meet the company’s high standards.

Why do Bet365 markets get suspended on in-play betting?

When bookmakers believe the odds are no longer an accurate depiction of the probability of all conceivable outcomes, they will put a stop to betting on a sporting event.

While most betting will be suspended for only a few seconds, some events that can occur during a football match, such as significant player injuries and potential red cards, can cause betting to be suspended for considerably more extended periods.

Why do some Bet365 in-play matches not have many markets available?

Bet365 is well-known for having a sizeable in-play betting selection. When you go to the platform’s in-play section, you’ll see all the supported sports for these live betting markets. Football, horse racing, and tennis are among the most popular. However, you will be able to wager on various other sports while the game is in progress.

Some sports offer more in-play markets than others. For example, if you look at a football match, you could find around 150 markets available. Then, if you look at the in-play betting for a badminton match, there might only be 20. This will be based on two things. Firstly, there are many more outcomes in a football match than a Badminton one. Secondly, it can come down to how popular an event is. Bet365 will offer more time and effort on an event that is being watched by millions than it is on one that has a few thousand watching it.