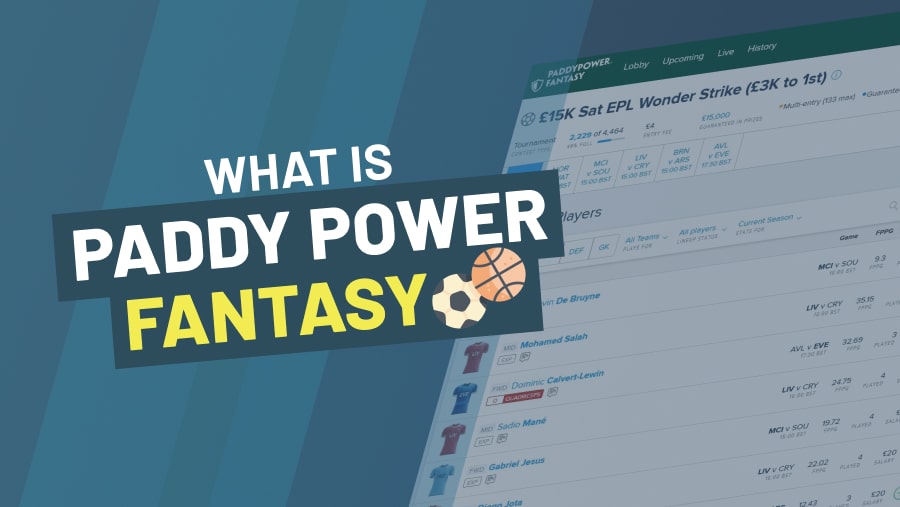 Fantasy football has exploded in popularity in recent years, becoming part of the mainstream after for a long time being seen as a rather niche activity.

Bookmakers are now getting in on the act with Paddy Power among the online bookmakers to have launched their very own range of fantasy games.

While people might be used to competing against friends and family over the course of the season when it comes to fantasy, this is not the case at Paddy Power.

So what is Paddy Power fantasy and how does it work? Let’s take a look.

Paddy Power Fantasy is a type of daily fantasy sports game, which is very similar to those offered by US-based companies like FanDuel and DraftKings, who are major players in this growing part of the online betting world.

In effect, Paddy Power Fantasy means that there is a new season to enjoy every day. Users pick their teams and compete against other Paddy Power customers for a prize pot. Daily fantasy sports are quite new here but they are expected to get very popular in the future.

Players can use the funds held in their Paddy Power betting account to enter fantasy games. A range of different contests are offered, so users are able to pick the stake they want to spend.

How does Paddy Power Fantasy work?

Paddy Power Fantasy works by sportsmen earning points for their games on that particular day.

Let’s take the Premier League as an example. Most fantasy football fans will be used to picking their team at the start of a season then tweaking it each week to get as many points as possible.

With Paddy Power Fantasy, there is instead a chance to win prizes from picking teams each day. Users just have to guess which players will score the most fantasy points from the fixtures that are being played on a particular day, for instance on a Saturday for football. As with fantasy sports played over the course of a season, users have a budget that they must stick to. 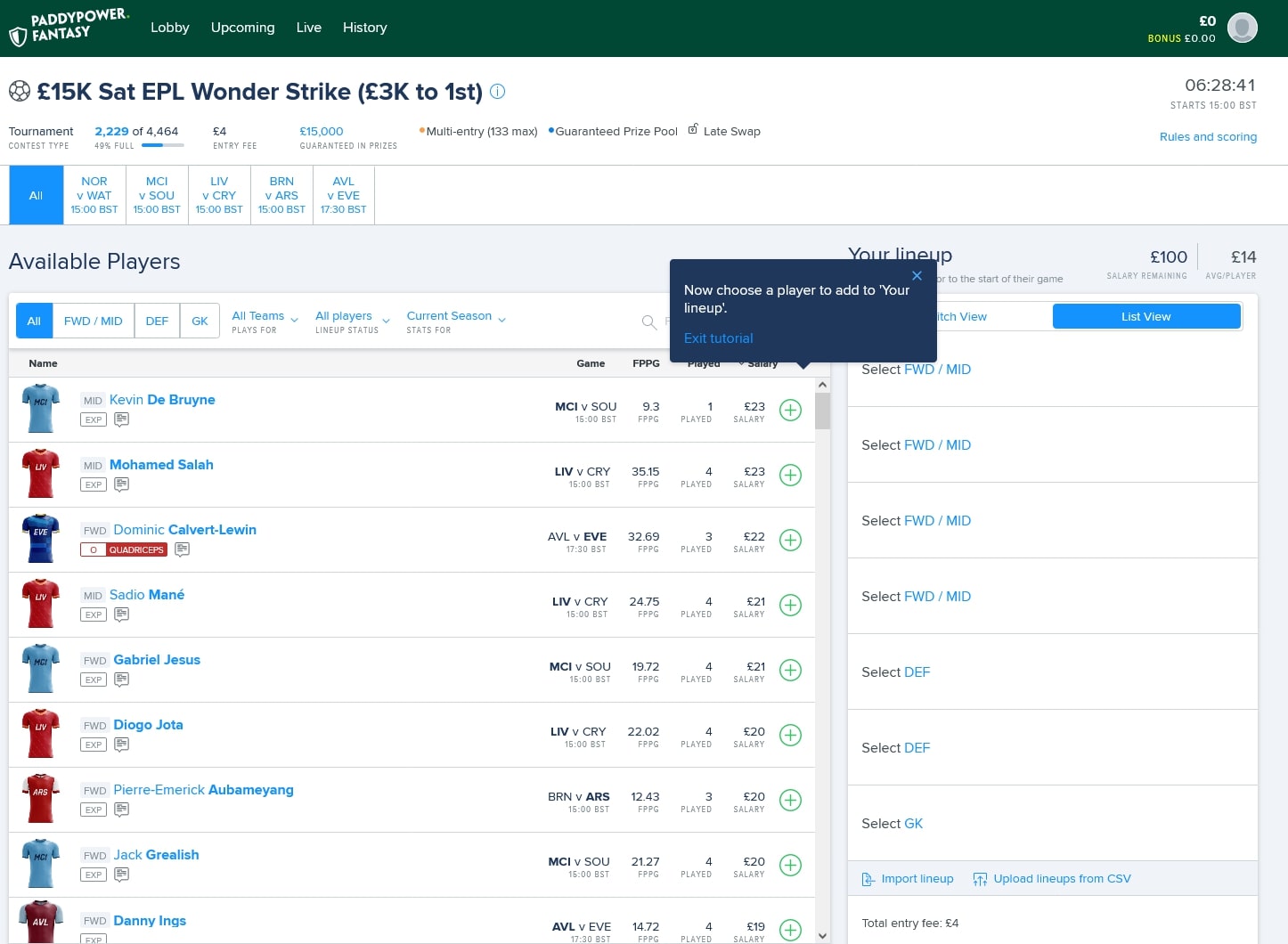 Once all the games on that day have been completed, the points scored by each player are tallied up and the Paddy Power Fantasy with the top score will win the main cash prize.

There is cash up for grabs for finishing in the places too, so there are lots of chances to win. Specific updates on Paddy Power Fantasy can be found at the @PPFantasy Twitter account.

What sports are offered at Paddy Power Fantasy?

Paddy Power Fantasy covers a range of sports, so there is something for everyone here.

Football is obviously the king when it comes to fantasy football over here, so it is no surprise to see this is the main sport that is offered at Paddy Power Fantasy.

But golf fantasy sports games can also be played at Paddy Power, while the top US sports are available in this section of the site as well.

NBA and NFL fans will be able to find daily fantasy sports at Paddy Power when the basketball and American football seasons are being played. 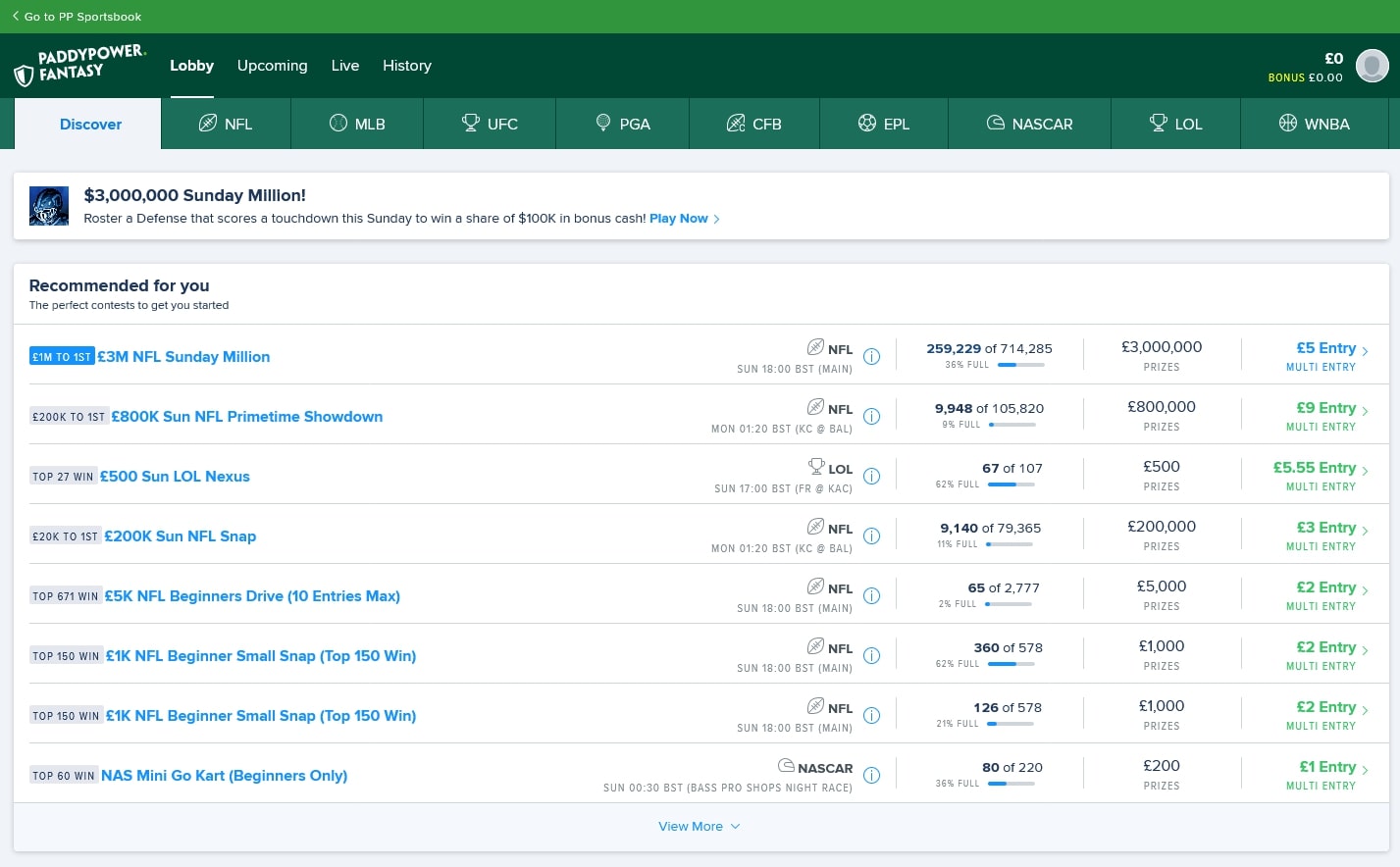 Sports fans might be used to playing fantasy football over a whole season, but playing Paddy Power Fantasy requires a slightly different approach.

There is a need to pick players with high ‘upside’ who will provide a differential to a team. What this means is that not many other users are going to have selected them on their side. While a player with a high upside might record a low score, they have the potential to strike it big too.

However, sometimes players who have a high ‘floor’ are a better bet. Some of the contests in the range of fantasy contests at Paddy Power are 50/50, which means finishing in the top half of the final standings earns users a payout. A high floor in fantasy sports means that a player is all but guaranteed to score a certain number of points, making them a safer selection.

For some daily fantasy sports such as in the NFL, a tactic such as ‘stacking’ is recommended. This refers to selecting players from the same team in the hope they link up to score points.

For example, when playing in an NFL contest at Paddy Power Fantasy, a user might pick the quarterback and the main wide receiver from the same team in the hope they combine for TDs.

Stacking also works in Premier League contests at Paddy Power Fantasy. A user who thinks a team could keep a clean sheet might pick their goalkeeper and at least one defender.

While the Paddy Power sportsbook – with its fantastic array of free bets, bonuses, offers, deals and promotions – remains the main part of the site, Paddy Power Fantasy is well worth trying.