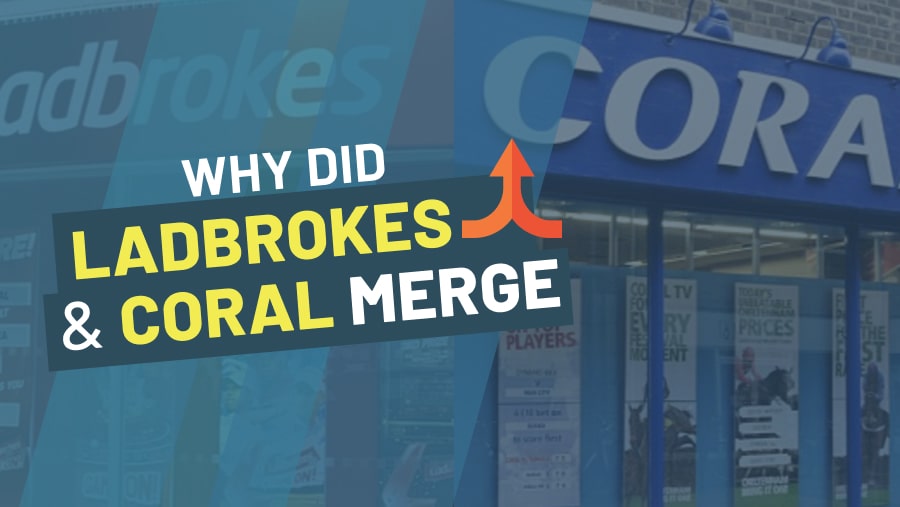 The question is, why did Ladbrokes and Coral merge, and that’s a far more interesting and detailed answer. Yes, it was with the purpose of creating the biggest high street and online betting brand the UK had ever known, passing William Hill in the process, but there were other features of the deal.

Ladbrokes and Coral had been rivals for generations, with both sportsbooks vying for retail space on streets around the island. This competition grew with the introduction of online betting, which saw the businesses take their battle internationally.

Ladbrokes and Coral ranked above the biggest names in the industry as individual bookies, so it was obvious some bright spark would notice the potential of bringing the two under one banner and attempting world domination. To a degree, that’s what happened.

Page Contents hide
I When did Ladbrokes and Coral merge?
II Who bought Ladbrokes?

When did Ladbrokes and Coral merge?

The official date of the merger between Ladbrokes and Coral to create the new business Ladbrokes Coral was 2nd November 2016, but it wasn’t the first time the red shop had tried to take over the blues.

Ladbrokes purchased the Coral business in September 1998 and had the deal signed and sealed, only to be rebuffed by the officials.

The UK government asked the Monopolies and Mergers Commission to get involved, and they ruled that the deal was anti-competitive on the high street with Ladbrokes and Coral shops run by the same owner securing too big a share of the sector.

The deal was to go through, and the companies would eventually become one, but the road was much longer and much more challenging than anyone involved in the 1998 process could have imagined.

Coral’s owners did get the millions they had been promised just a few months later by selling the business to another buyer, and the famous sportsbook has changed hands multiple times since. It had many different owners, most from outside the United Kingdom, and they had taken the bookie in different directions, which had a negative impact on many sections of the business and many of their head office staff based in London.

For example, the web content team moved from Stratford and Barking to Gibraltar. Many of these positions have since returned to London following the Ladbrokes takeover.

The wheels were set in motion for the merger when Ladbrokes changed hands with the intention of pushing through a deal to join the business with their former rivals.

Will that last? The history between these two bookmakers means that question remains unanswered, but perhaps it’s a time of stability for the bookmaker and its staff.