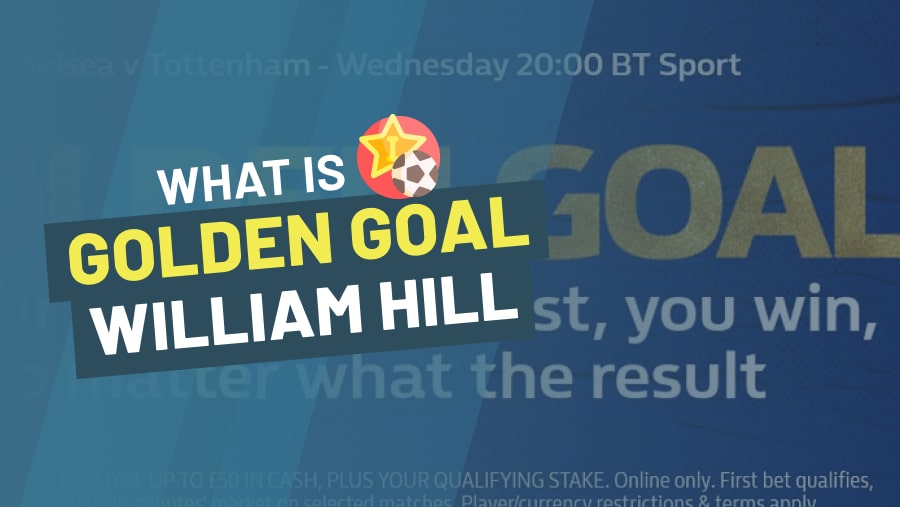 The payout isn’t unlimited. The maximum payout for a winner varies from game to game but is often £50 or even £100 for a golden goal win. This is a hugely popular promotion that runs throughout the football season on select big games. 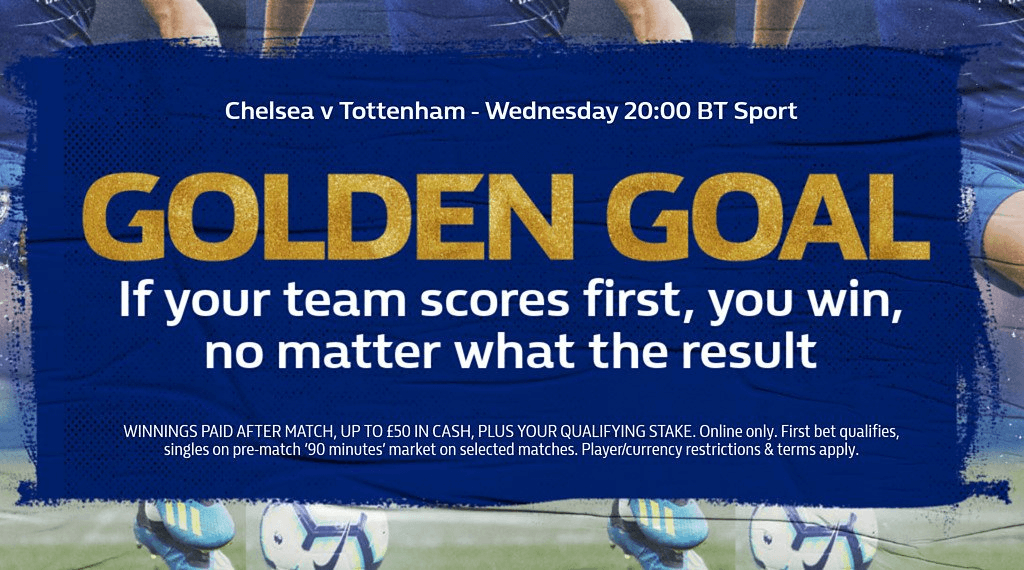 Page Contents hide
I How To Be Eligible For William Hill Golden Goal
II Returns On Your Stake
III What Is Golden Goal in Football?

How To Be Eligible For William Hill Golden Goal

Some things to know before you go for a Golden Goal:

Returns On Your Stake

What Is Golden Goal in Football?

Golden goal is an old style of extra time play to resolve a draw. The two teams play until the first goal is scored. Then the final whistle is blown and the scoring team wins.

This style of extra time was implemented by FIFA in the World Cup and European Championships in 1996 operating throughout the early 2000’s, until in 2003 it was decided that teams were playing too defensively in extra time because of the rule and it was changed to extra time and penalties as we have now.

I’ve always been partial to a flutter on any big sports event, ever since I had pocket money to spend. This sports gambling hobby made the transition into gambling and casino writing a natural one. I’ve always loved watching and playing football growing up and am an avid follower of Chelsea FC.

View all posts by William Bunker